It’s something that surprised me and is not particularly close to home these days. As a kid and growing up, there was domestic violence at home, physical and verbal.

A few weeks ago, walking to work a 50+ aged women sat out in the cold near the train station at 6 AM with a sign that read “I’m homeless, because of domestic violence at home.” This was no stunt but a genuine situation that really hit home for me.

I witnessed this violence as a kid and I have always promised that I will not grow up and be like that, I’ve been true to my word. There is no excuse for domestic violence. It’s not like my mum purposely went out of her way to do something silly

Quite often it wasn’t about my mum doing actual stupid things, it was about not being able to read a map. To be honest there are millions that cannot read a map and that’s why the humble GPS was invented and remains popular. Who knew that a $35 device would put an end to a big part of domestic arguing every time we went driving.

In an address to parliament, Malcolm Turnbull said: “What we must do as we grieve is ensure that we change the hearts of men to respect women.” He said Australia needed to start “with the youngest men, the little boys, our sons, and grandsons”. He’s not wrong here. The truth is,

All men have a duty to challenge attitudes towards women, to condemn sexist jokes, and to push for gender equality in the workplace.

About every seven minutes, Victoria Police receives a call for a family violence incident. In nearly all cases, it is a woman on the other end of the line.

It is here, in the home, that the debate about men rightly belongs. This is where most women are killed. This is where sexist attitudes lead to women being controlled emotionally and fin­anc­ially, physically abused, sexually assaulted and, in about one ­instance every week, killed.

What is concerning, is that domestic violence seems to be on the rise where other crimes fell, where domestic violence should have disappeared by now. We are in the 21st century and don’t live in caves. We as humans are better than this. WTF GUYS?

My advice to men

Partnering with and marrying the opposite sex can have its challenges, like everything in life. The key to choosing and finding the right partner for you comes down to a few simple questions. “Can you accept everything about your partner, including all of her flaws?” and “Can you smile and help your partner when she is in need of some help?”

Men have flaws too and if your partner has chosen to stick with you, she has accepted you and your flaws. It’s important to remember this when you are trying to cook an egg and she is trying to read a map. The reality is you’d be screwed without each other. As partners, you complement each other and best work as a team, not against each other.

I honestly believe that if you cannot smile at your partner and then go and help her when she has just done something you consider a disaster, you are in the wrong relationship and she is not the right match for you.

I personally see the cute in most things, when my wife cannot reach the top shelf of a cupboard, I help her and then hug her. There are days where it will feel like they are challenging you, take a step back and approach things differently.

It’s important to spend time with each other and to learn from each other. Take the time to show and explain things, never assume just because she is your partner that she is going to know everything and know how to do everything your way.

Always think before you act, take 5 minutes to cool off, reflect and then react.

Author’s Bio
Dan S is an IT Professional of 22 years, but has worked with a range of businesses giving him in-depth understanding of many different industries. Dan S is a business owner but shares his knowledge and experience through posts like these.

Just how warm is your office and are you losing employee performance? 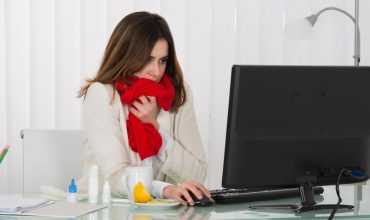 Follow
Women are safer on the streets than their own homes and yes, men have to change their attitudes
9.7
Average User Rating
1 vote
Rate This Item
Your Rating: 0
Submit