‘The Best Chocolate Cake In The World’ is the brand and store that sells just one cake, technically it’s not actually a cake.

The ‘cake’ first appeared in 1987, on the dessert menu of the Portuguese chef Carlos Braz Lopes Lisbon-based restaurant, where his customers eventually came just for a slice of cake. The cake was in such high demand that Carlos Braz Lopes decided to open a shop named after what his customers called “The Best Chocolate Cake in the World”

One of the selling points is that this cake is flourless, and that’s because it’s made from meringue. It basically is no different to a Chocolate Pavlova. Instead of one large meringue, you have 10 thin slices of meringue to make up this cake. Each layer of meringue has chocolate mousse between it, followed by a thick chocolate sauce poured on top.

The end result is a cocoa tasting wet pavlova that is too sickly sweet. Half a slice of this cake was all we could really eat before going for a glass of water and saying no thanks. We can safely say it’s almost the worst chocolate that we have tried.

While it might look pretty there are a number of flaws in this ‘cake’. It is too sweet and a super sugar overload, there is a taste of cheap chocolate topping and cheap cocoa powder, and it’s well overpriced.  It’s not a cake but a layered chocolate pavlova. 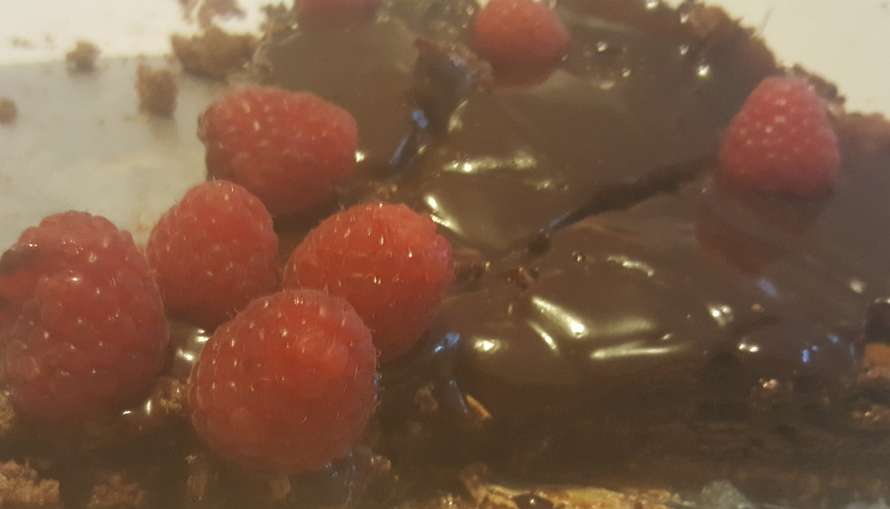