Transport NSW has gone to some extreme efforts this week to place outdoor signage and stickers inside trains alluding that 9 out of 10 train customers pay their fares.

This is the single biggest load of bullshit since politics itself.

The signs are designed to make you think that 9 out of 10 people pay their fares, so you follow.
The actual figure of who is paying is 7 out of 10 train customers. Leaving 30% of train customers as non-payers.

We don’t blame the 30% for saying hell no, we’re not going to pay. If Transport NSW delivered a good service, trains that ran on time and are clean, with well-mannered staff who are not rude and arrogant then I’d say Transport NSW has a chance of getting 9 out of 10 train customers paying. Until then GOOD LUCK with that.

Forcing people to pay only causes retaliation and for people to think harder about how to scam the system.

I will openly say that I know a lot of people who are paying under $20 per week to travel to work where the usual cost is about $8 each way per day. These people you will never catch, they’ve got the system worked out and have been doing it for years.

It’s a nice try by Transport NSW, but no one’s listening. They’ve been told what they have to do to get more buy-in, now how about providing me a train that runs on time? 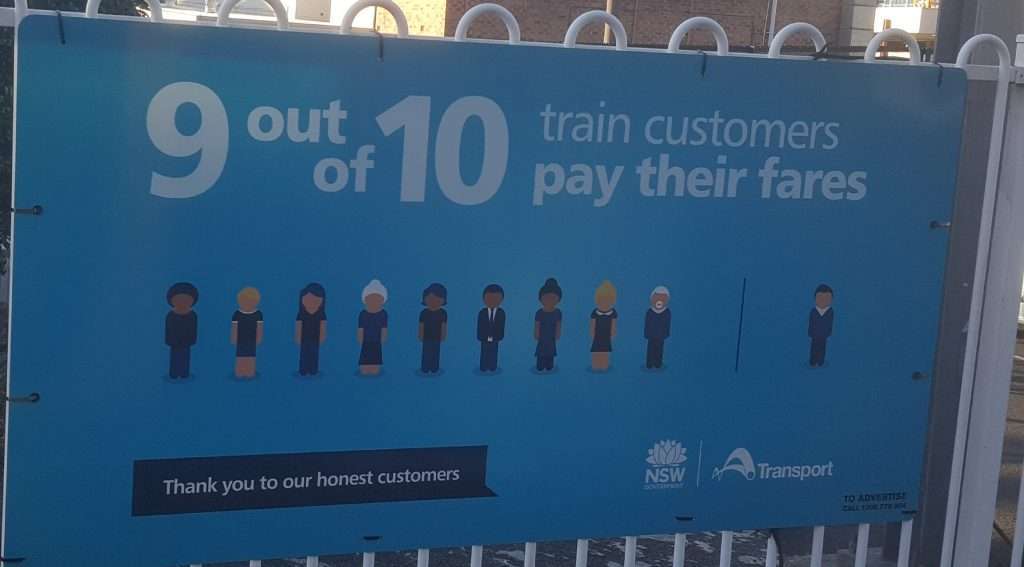