Apple’s latest MacBook Pro machines are nothing short of embarrasing. Hold on to your cash and buy something else, in fact there are plenty of notebooks on the market that are higher quality with more features, more connectivity ports and of course a lot less problems.

Before we continue with the mirage of issues that come with the Apple Macbook Pro, I do work in an IT Department which support PC and Mac devices for over 300 users. I can safely say that we see more hardware failures from Apple Macs than we do with a PC and that’s with 80% being PC users and 20% Mac users. So the odds are not that good.

We’ve recently seen pop ups saying Invalid License but with no indication as to what program was looking for the license, overall it’s random restarts, freezing when going to lock screen, and short battery life.

So the issues we are talking about are from experience, not hearsay.

If you want a reliable computer buy a PC and install Linux, either BSD or Ubuntu.

Some of the Issues experienced

Lets start with the introduction of the Touch Bar, it’s an actual fail. There is not much you can do with the Touch Bar nor was there a real need for it. At the end of the day the Touch Bar is nothing more than a few programmable keys that you find on a cheap $20 Chinese keyboard from the year 2000.

We’ve got confidence in USB-C because this was invented by Intel and you can find USB-C in a wide range of computer products. The problems we do have is that Apple took the USB-C and tried renaming it Thunderbolt 3 to cause consumer confusion.

For three years the MacBook arrived bearing a single USB-C port for both charging and peripherals. The fact that out of the box, you can’t power the MacBook and attach any USB devices shows poor design.

Apple’s shallow laptop keyboard has now spread to the MacBook Pro line. It’s a regression, the reduced key travel makes typing less pleasant and tactile. It’s baffling that Apple chose to bring a keyboard designed to fit in the ultra-thin MacBook to MacBook Pro models that have much more room for key movement.

The real issue with these keyboards is that they are apparently quite unreliable for many users, so much so that Apple posted a tech note recommending that people use compressed air to blow out dust that might cause the keys to stick.

Right now, most of the computers dealing with these problems are under warranty, but what happens when your four-year-old laptop’s key breaks and you have to have the entire top of your laptop replaced? An entire generation of Apple laptops may be saddled with fragile, unpleasant keyboards. And a laptop without a functional keyboard is basically useless.

Wheres the Touch Screen At?

For the price paid you’d expect a touch screen on all Macbook Pro’s. They are common place on most PC based notebooks and Chromebooks. Touch screens are far more useful than Apples Touch Bar idea.

There is a range of Macbook Pro who have display issues, these were not recognised by Apple until they moved to a new model. An affected MacBook Pro may display one or more of the following symptoms:

Consumer Report performed multiple tests across many Macbook Pro’s and had the following to say..

“However, with the widely disparate figures we found in the MacBook Pro tests, an average wouldn’t reflect anything a consumer would be likely to experience in the real world. For that reason, we are reporting the lowest battery life results, and using those numbers in calculating our final scores. It’s the only time frame we can confidently advise a consumer to rely on if he or she is planning to use the product without access to an electrical outlet.

Battery life is an important attribute for a laptop, and it represents a significant portion of our overall score. After factoring together our complete test results, Consumer Reports finds that all three MacBook Pro laptops fail to meet our standards for recommended models.

As a result of offering a few scant hours of life, Consumer Report is unable to recommend any of this year’s MacBook Pro machines.” February 15, 2017

Popping Sound Coming from the Computer

New reports from MacBook Pro buyers say there’s one other issue to deal with: A popping sound coming from the computer.

Users have said that, the sound is comparable to “slowly squeezing a plastic bottle,” 9to5Mac reports.

Some users say they’ve heard it during peak performance processes including gaming or video streaming. As soon as the fans start to kick in to dissipate some of that heat, the popping sound also arrives.

Others believe it’s related to the MacBook’s hinges, as the sound may be caused by the plastic mount or hinges, which may be affected by the extra heat.

It appears the issue seems to be affecting mostly 15-inch MacBook Pro users. These laptops have bigger screens, which are heavier. If there’s a problem with the hinges, the extra weight may explain why the sound is heard predominantly on the bigger notebook.

After using a whole series of these Macbook Pro’s we would not recommend anyone to buy or waste their time using the Macbook Pro.

Consumer Report along with other reviewers have decided that they cannot recommend the Macbook Pro machines.
See this article for more information 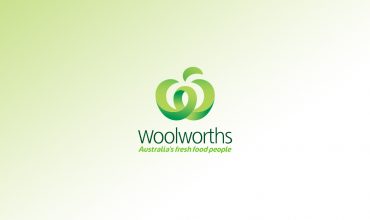 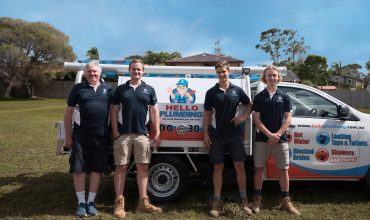