To be quite honest I am tired of being discriminated against by Hungry Wacks. I walk instore and order 2x BBQ Cheeseburgers, remove the meat, add a hashbrown to each burger and a slice of tomato.

That is pure discrimination and Hungry Jacks profiting from people who choose to not eat meat. The fact is the meat I just paid for but left with Hungry Jacks is then sold to the next person, costing Hungry Jacks zero dollars for that meat.

We’ve put this complaint into Hungry Jacks in previous and have had zero response. We’re now talking to management in Head Office demanding a legitimate response.

Hungry Jacks simply have one vegan burger on the menu just for looks, but it’s all bullshit behind the scenes.

Here’s what discrimination looks like in the form of a receipt. 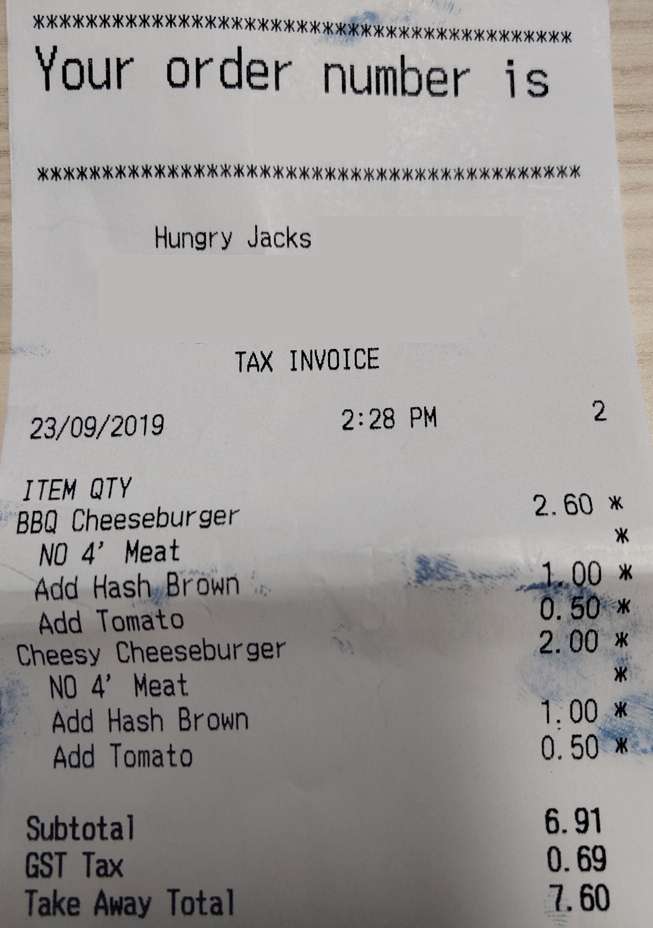